Would you like to treat yourself with a Huawei P40 Pro? A decade ago, Huawei was not that popular around the world, but today it’s one of the major players on the mobile phone market. Huawei P40 Pro is one of their flagship models that include some of the best features you can find in modern smartphones. To get a clearer picture of what you can expect from this device, we have prepared this detailed Huawei P40 Pro review for you.

This phone was announced in March 2020, but Huawei P40 Pro release date is actually in April – April 7 to be more precise. After this phone was revealed, most users had positive comments about its appearance. The device has a sleek design, nice solutions for the cameras and more.

When it comes to the dimensions, it follows the steps of other flagship models from popular manufacturers. These dimensions are 6.23 x 2.86 x 0.35 inches or 158.2 x 72.6 x 9 millimeters. With 209 grams or 7.37 oz, we can’t say that this device is lightweight, but it’s not heavy either. This is especially true when we take its dimensions and capabilities into account. Huawei P40 Pro has an aluminum frame, glass back, and glass front. It supports hybrid dual SIM or single SIM.

Despite the fact that there were some disagreements between Huawei and the American government in 2019, Huawei P40 Pro comes with the latest Android 10.0. It uses a specially designed user interface known as EMUI 10.1. It’s a user-friendly interface that makes using this device easy.

As for the CPU, users will find eight cores (octa-core) including 2 x 2.36 GHz Cortex A-76, 2 x 2.86 GHz Cortex-A76 as well as 4 x 1.95 GHz Cortex-A55. We are talking about a powerful set that guarantees optimal performance. We can say the same for the GPU – the latest Mali-G76 MP16. As for the chipset, you can expect HiSilicon Kirin 990 5G with 7 nm+. This chipset is not used in many devices, but the initial results are promising. All in all, you are looking at a device that’s capable of performing all the things that modern mobile users need at an optimal level.

What’s under the hood becomes visible on the smartphone’s device. This is yet another strong selling point of Huawei P40 Pro. This time, they have used an OLED capacitive touchscreen that creates 16 million colors. As for the size, you’ll have a chance to hold a phone with a 6.58-inch screen. That’s over 105 square centimeters. What’s important is that the screen-to-body ratio is decent too – around 91.6%.

The resolution found in Huawei P40 Pro is 1200 x 2640 pixels. When we take these numbers into account and compare it to the size of the display, we’ll come to around 441 pixels per inch density. Remember that Huawei P40 Pro includes a display that supports HDR10. This smartphone had a relatively high refresh rate of 90 Hz.

One of the most important features of new smartphones is their cameras. Phones like Huawei P40 Pro are powerful as regular cameras. For example, when it comes to the main camera, this device has three components. The first one is a 50 MP wide camera that’s omnidirectional and has an OIS periscope followed by a telephoto 12 MP camera. Next, you can expect an ultrawide camera of 40 MP with an impressive 5x optical zoom. These camera components are able to take 2160p videos at 30 and 60 frames per second, 720p videos at 7680 fps and 1080p at 960 fps. They support HDR, gyro-EIS and panorama recording. The main camera is equipped with Leica optics and LED flash.

The so-called Selfie camera (the front camera) is great too. This camera has 32 MP and it’s a wide camera. This is where you will find the biometrics and depth sensor. It’s a good thing that the front camera supports HDR. As for video recording, you can expect to get a chance to take 2160p videos at 30 and 60 frames per second and 1080p videos at 30 and 60 fps. Overall these are better specs than the Huawei Mate 30 Pro which released last year.

With so many features and opportunities to drain the battery, Huawei has decided to use a more powerful battery in the Huawei P40 Pro model. So, you’ll find a non-removable Li-Po battery of 4200 mAh. There are a few options that you can use to power the phone including fast charging cable of 40W, fast wireless charging at 27W and fast reverse wireless charging at 27W. According to a few experts, the endurance rating of this device is 94 hours. This means that the device is quite durable compared to other models of this category made by other manufacturers.

In addition to the hardware and software, it’s important to learn more about the features of Huawei P40 Pro. This smartphone is equipped with all the standard options that popular mobile phones have and more. Some of the best features that potential users can expect to get from Huawei P40 Pro include color spectrum, fingerprint, infrared face recognition, gyro, compass, proximity sensors, accelerometer and more.

Is Huawei P40 Pro worth the money?

Now, this is a very difficult question that requires analysis before being answered. The current price of Huawei P40 Pro is around 1500 Australian dollars. We can all agree that this smartphone is not cheap. However, the real question here is whether you need a device like this.

If you are following the latest trends in mobile technology and you need a new phone, then Huawei P40 Pro is a good option. In case you need a phone with a powerful camera that allows taking impressive still images and videos, then once again – opt for Huawei P40 Pro. This phone has all the things that the best phones made by Apple and Samsung have and its price is a little bit lower. In the end, it all depends on your budget and requirements. 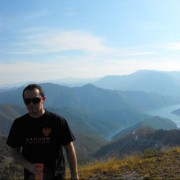